A dangerous story is bubbling and almost all the Narrators are scared to tell it. Cracks in the World of Stories are spreading, and the ominous Shadow High is gaining power. Only one young, brave Narrator, Brooke Page, is ready to tell this tale.

As the first cracks show, Frankie and Draculaura are accidentally transported to Ever After High, where they meet Raven Queen and Apple White. After the girls recover from the shock of learning that fairytales and monsters are real, they discover that the Evil Queen has escaped her mirror prison in search of the ultimate power, hidden in Shadow High. Frankie, Raven, Draculaura, Apple, and Brooke must stop the Evil Queen and save the World of Stories from the evil that lurks in Shadow High!
Monster High/Ever After High: The Legend of Shadow High — will also feature write-in pages that will allow readers to continue the story using their own choices.
Check out exclusive 4 chapter below. 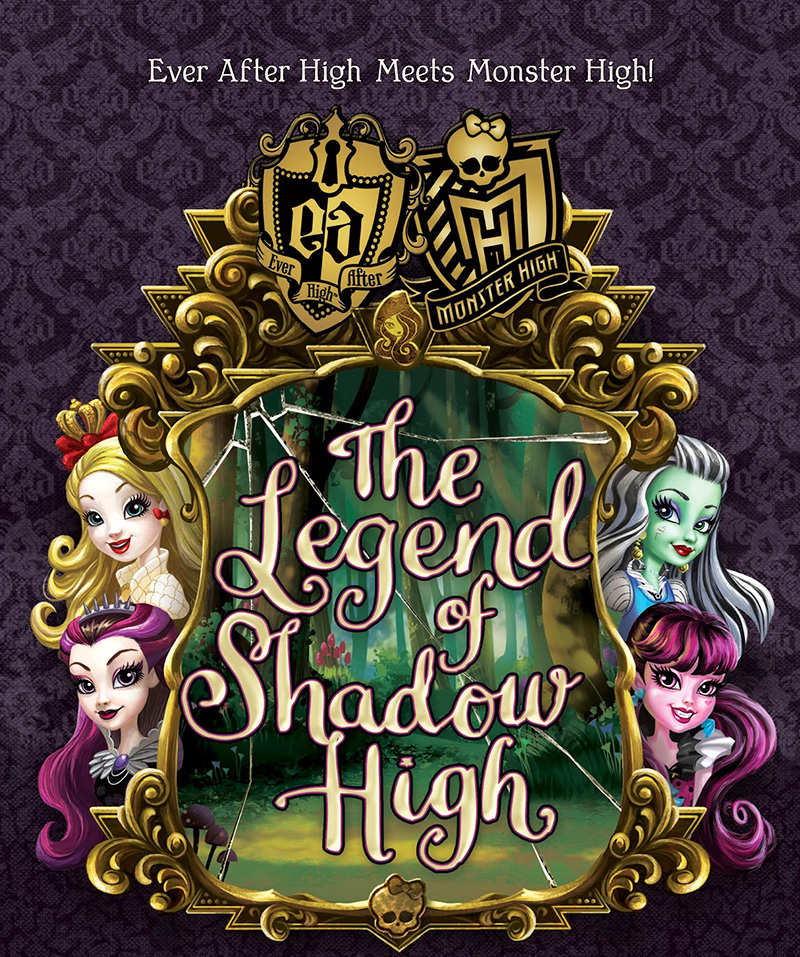 Excerpt from Monster High/Ever After High: The Legend of Shadow High by Shannon and Dean Hale

Ever After. The land of fairytales and nursery rhymes, magical creatures and storybook characters. And enchanted mirrors.

It’s probably time to peek in on Ever After, so let’s start with…um…ooh! I know![1] Inside a particular enchanted mirror, where the Evil Queen is imprisoned. There she is now, dressed in a black, purple and silver gown topped with a grand headdress, as if she’s never heard of casual wear. This is the same Evil Queen who poisoned Snow White, but she didn’t stop there. After she played her part in that tale, she got up to a lot more nastiness, trying to take over other people’s fairytales and even the entire world of Wonderland. To stop her rampage, Headmaster Grimm and other magically gifted faculty from Ever After High caught her and trapped her in the high-security mirror prison.

Even so, she has managed to escape before. Who knows? Maybe she will again, because right now the mirror prison walls are shaking. Just for a second. As if the prison was a cell phone buzzing with a call coming in. Wait. Do they have cell phones in Ever After? Let me check my Narrator Handbook…oh yeah, they have MirrorPhones. Not sure if those buzz. Maybe a different simile? The walls shook like…like a box of mildly irritated bees? Whatever. The point is, the Evil Queen can feel the shaking.

And what is she thinking?[2]

Aha. It seems that she’s been enormously, apocalyptically bored. Her only entertainment is spying on the people of Ever After through their mirrors. And non-evil people are so boring. Besides, what is the point of secretly watching people when you can’t, at some point, pop up and shout, “Ha! I have been secretly watching you!”

For the Evil Queen, there was no point. In her opinion, regular people never did anything entertaining on their own. Usually she had to motivate them with things like pointy sticks, poison apples, or abruptly carnivorous plants. But mirror prison dampens the Evil Queen’s magic. She can’t reach beyond the walls to poke Cinderella with a stick or make Snow White’s garden roses hunger for the taste of flesh.

So after all that boring watching, a tiny earthquake was hopeful news.

“But what caused it?” the Evil Queen asks herself.[3] “There’s no ‘earth’ here to shake, so it must be magical. And since I’m the most magical thing around, perhaps it was…me!”

Her smile brightens. The Evil Queen likes to think that she herself is the cause of most interesting things.

“Now…” she taps her chin delicately, aware of how beautiful she is—in a pale, gaudy way. “What was I doing when the tremor happened?”

She had been thinking about those little meat-filled dumplings she used to buy from a village shop.[4] She loves those. Maybe dumpling thoughts had caused the tremor?

Her forehead furrows. The lack of dumpling results means something besidesher probably caused the tremor. What a disappointment.

She puts her black-gloved hand on one of the glass walls of her cell and casts a seeking spell.

Reveal the wheel that reeled our keel.

The mirror hums but stays dark.

The Evil Queen removes her glove, slaps her hand to the glass, and shouts, “Show me what caused the tremor, you insufferable slab of melted sand!”

The glass wall changes, blurring and fading, light and shadow moving across the pane. She nods in approval. The mirror isn’t alive exactly, but everything can benefit from a loud reminder that she is fearsome.

The shadows and light coalesce into the silhouettes of two girls. Strange. She should be able to clearly see anyone in Ever After.[5]

Voices thrum from behind the glass, sound slipping through in pieces.

“Never heard of it…”

At the mention of Shadow High, the mirror goes dark, like an eye blinking shut. But those words—Shadow High—continue to echo. The Evil Queen’s eyes narrow. She prides herself on her ability to notice Powerful Things, and she recognizes power in that name.

“Shadow High,” the Evil Queen says, tracing her finger across the dark face of the mirror. Beneath her finger, a tiny spiderweb line of a crack appears. It’s no more than an inch long, but it is a crack. She can work with cracks. Cracks are how spiders get in. They are how foundations start to crumble.

She starts warming up her most evil, malevolent laugh. Remembering that there is no one there to hear and admire her objectively magnificent laugh, she stops. She keeps smiling, though. Because now she is prepared, and the next time her prison shakes, she will ride that tremor right through the crack in the mirror. Back to Ever After High and her beloved but too-good daughter, Raven. And straight to the school’s ancient library. The Evil Queen long ago learned that books hold knowledge, and knowledge is power.

Whatever this Shadow High is, she smells in its name a power greater than anything she’s ever after known.

[2] Oh great. I guess I have to peak into that mind of hers and get my evil on.

[3] In my experience, villains either talk to themselves a lot or get a minion they can tell their evil plans to. 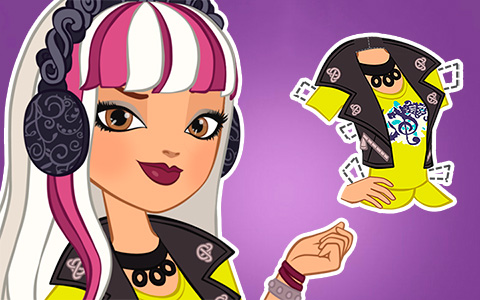 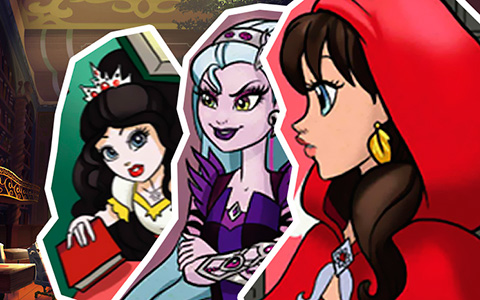 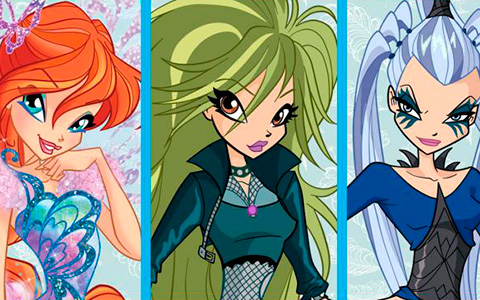 Quiz: Are you Winx or Trix?

Old and new Ever After High First Chapter dolls
Your favorite surprise toy: 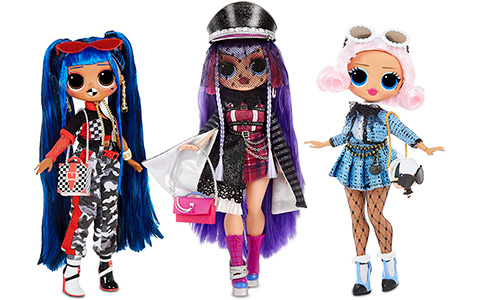 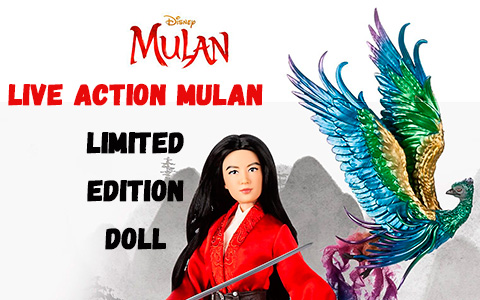 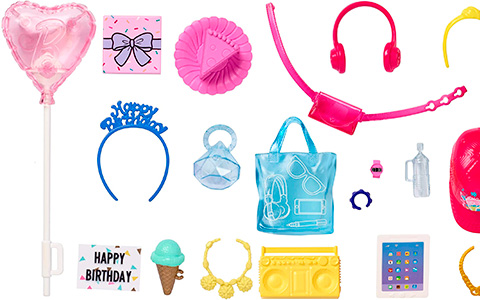 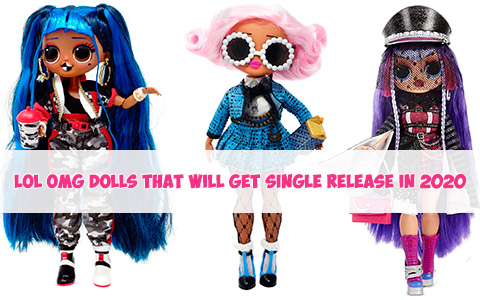 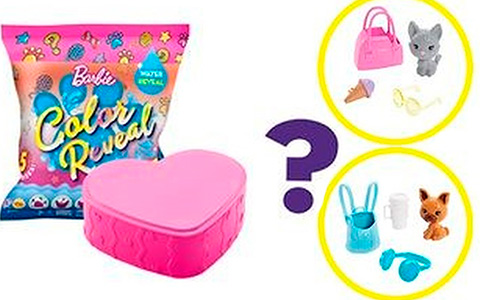