You've probably noticed that all the Frozen 2 books that have already been published don't say a word about the ending of the story. They don't show us Elsa as Snow Queen or Anna as the Queen of Arendelle.
But it looks like it's about to change. South Korea is about to release its first book, containing the history of the Frozen 2 finale (It means that soon similar books will be published in other countries). 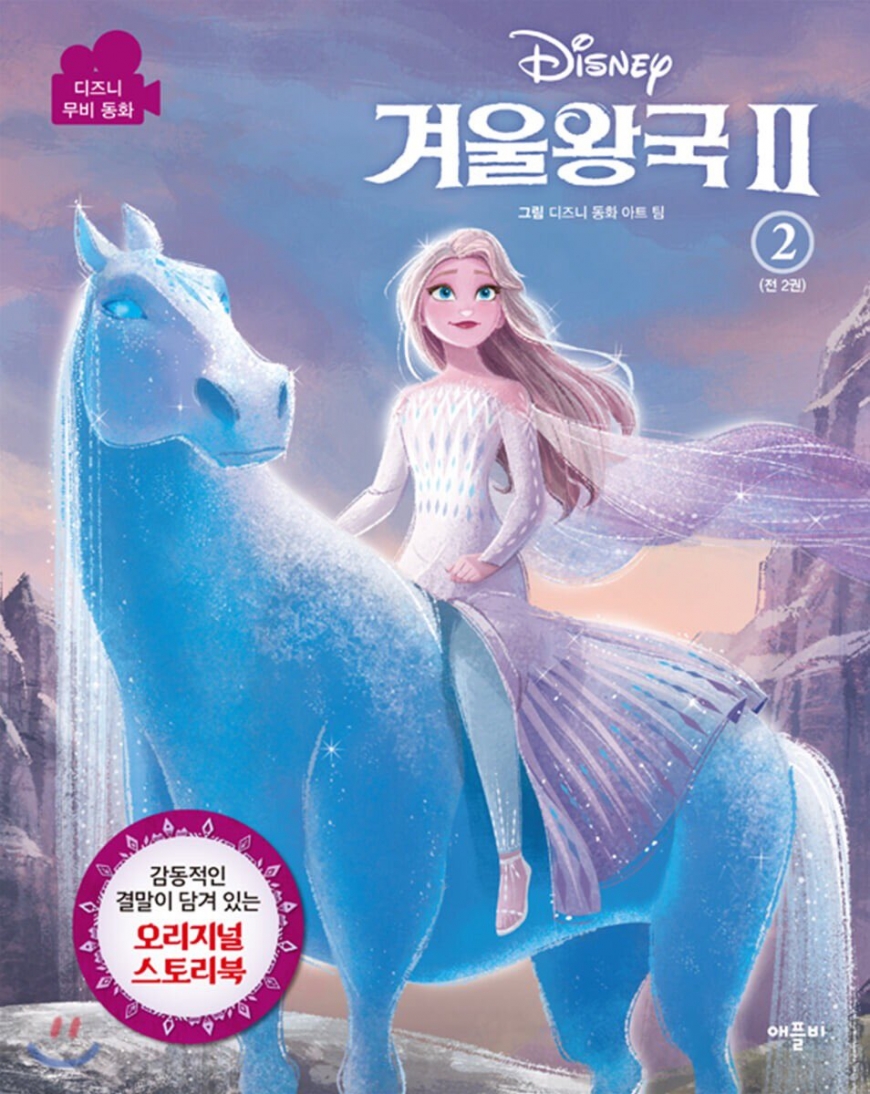 Frozen 2 Elsa Snow Queen book disney movie final
And look at these gorgeous images with art of Elsa transforming her to the Snow Queen. Official 2D art with Elsa as fifth element in her whitte dress is so beautiful. 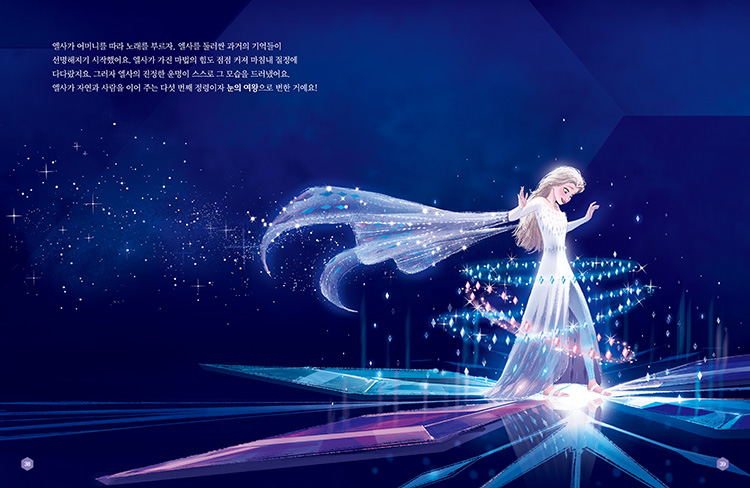 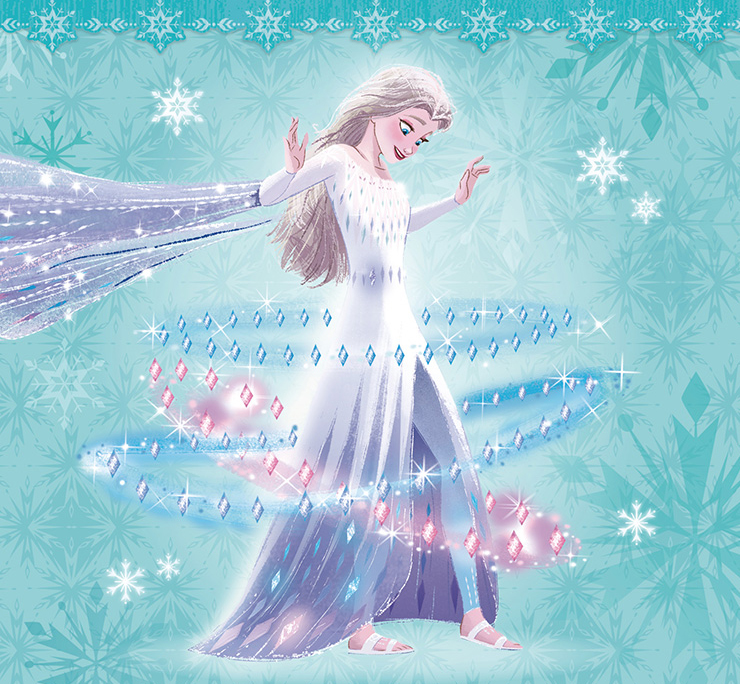 Among the pictures you'll see Elsa riding Nokka together with Honeymaren, Rayder and Bruni. And Anna as new queen of Arendelle sending Elsa message with Gale. 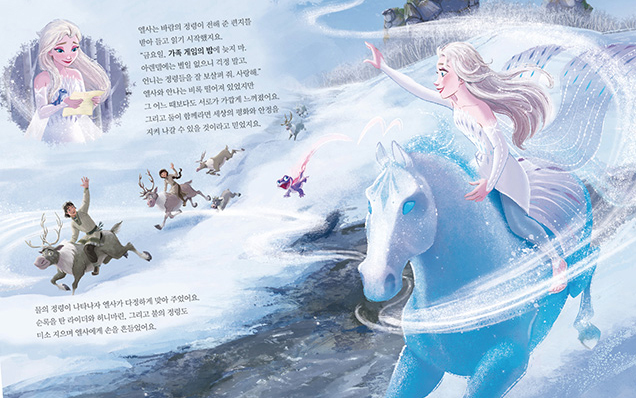 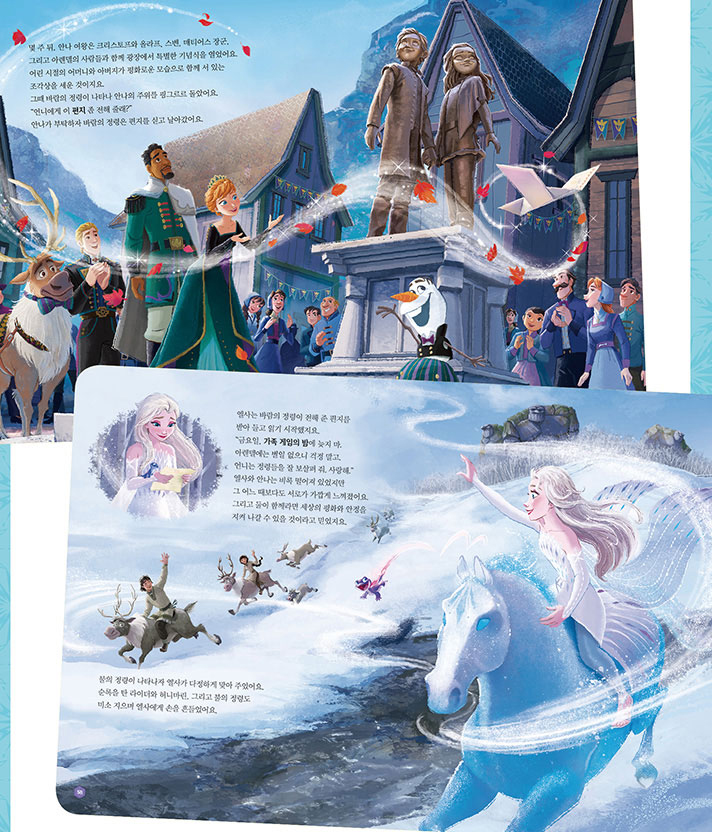 There is also an art with Elsa saving Arendelle, creating huge snowflake with the symbol of 4 elements. 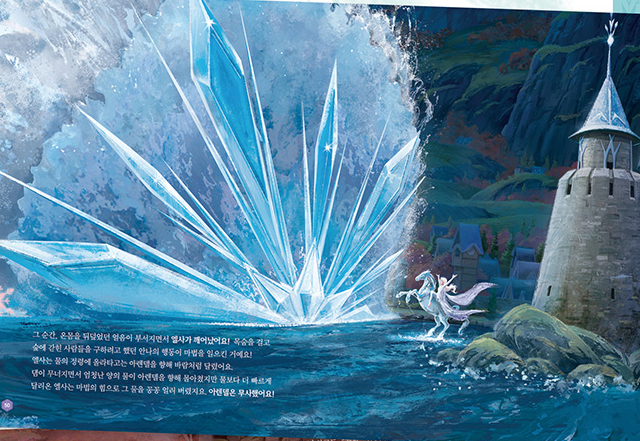 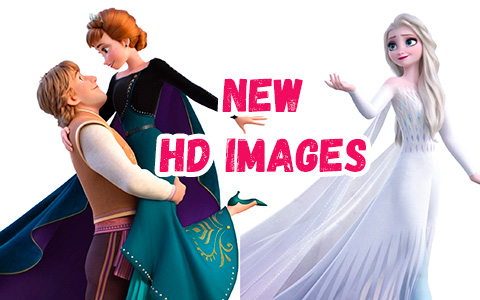 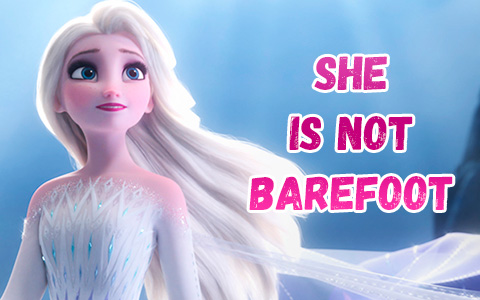 New HD image of Elsa as the fifth element from the Frozen 2 final shows that she is not barefoot. Elsa got very delicate semi-transparent sandals with crystals. 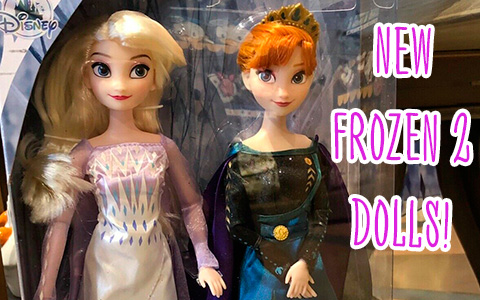 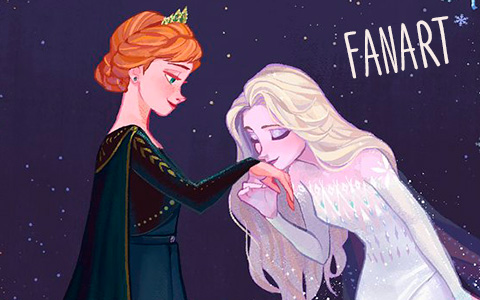 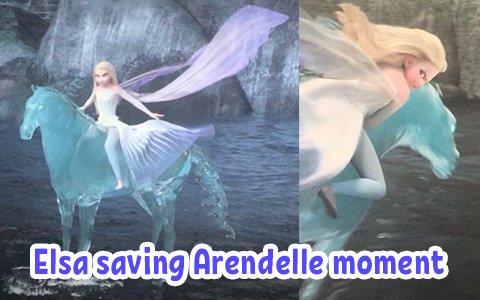