First look at Muppet Babies and new one - Summer the Penguin


Muppet Babies Is Coming In March And Meet The New Youngest Character Summer! 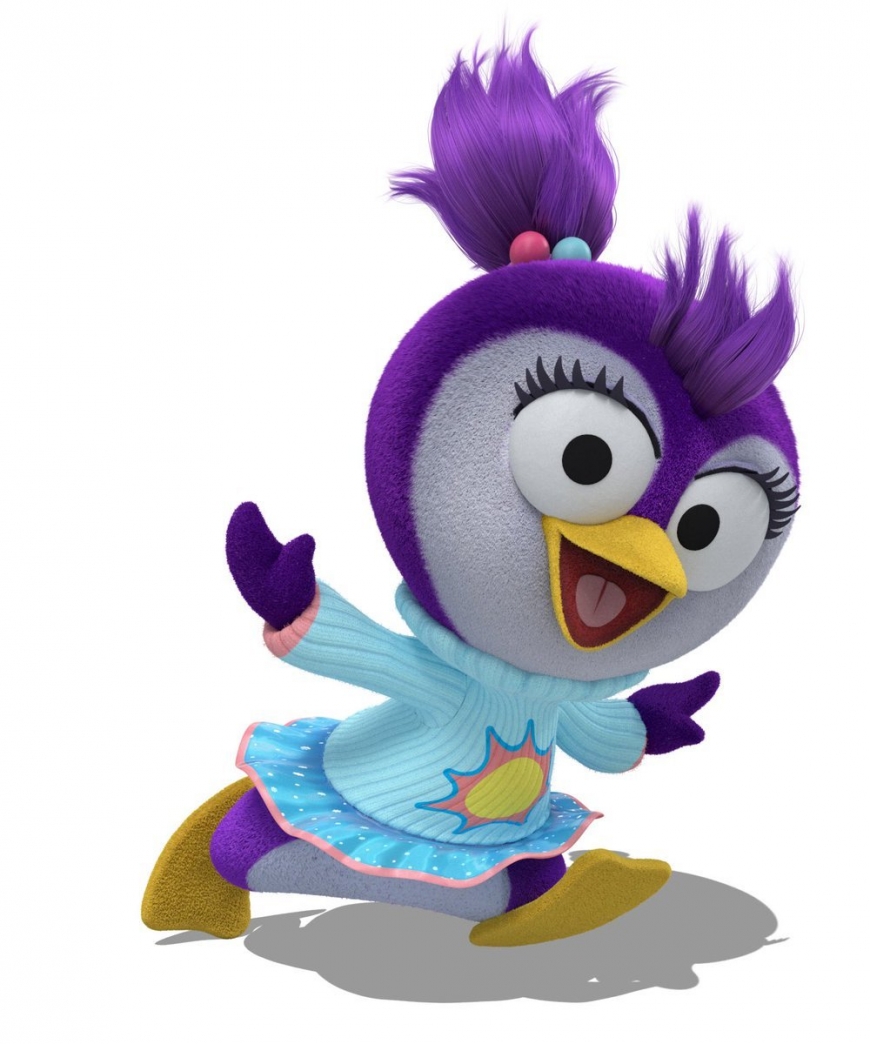 Muppet Babies Summer
“It’s this crazy, scary honor dropped in my lap,” says Muppet Babies executive producer Tom Warburton. “It’s kind of one of the most exciting things in the world..And this time there’s a new baby joining Kermit and Gonzo on their adventures of the imagination: a purple penguin named Summer.Warburton worked closely with the Muppets Studio to create a new female character to play alongside Piggy. (Skeeter will not be a regular in the new nursery.) “It was me and our art director Chris Moreno sitting in a room just doodling and drawing, and I came up with this little sketch of a lollipop-shaped penguin with a turtleneck,” says Warburton. “We probably did a hundred different characters trying to figure out who this was going to be, and when we came into Disney Junior with this penguin and a couple others, they immediately went to the penguin and said, ‘That one.’ We have that original drawing hanging in the studio now.” Summer, who is voiced by Jessica DiCicco, is “kind of our art girl,” Warburton says. “She’s super creative. She loves to draw, she loves to paint, she loves to dance—all at the same time. She’s the smallest of the group, but she definitely has the biggest heart.”The new Muppet Babies will premiere in March on Disney Junior. 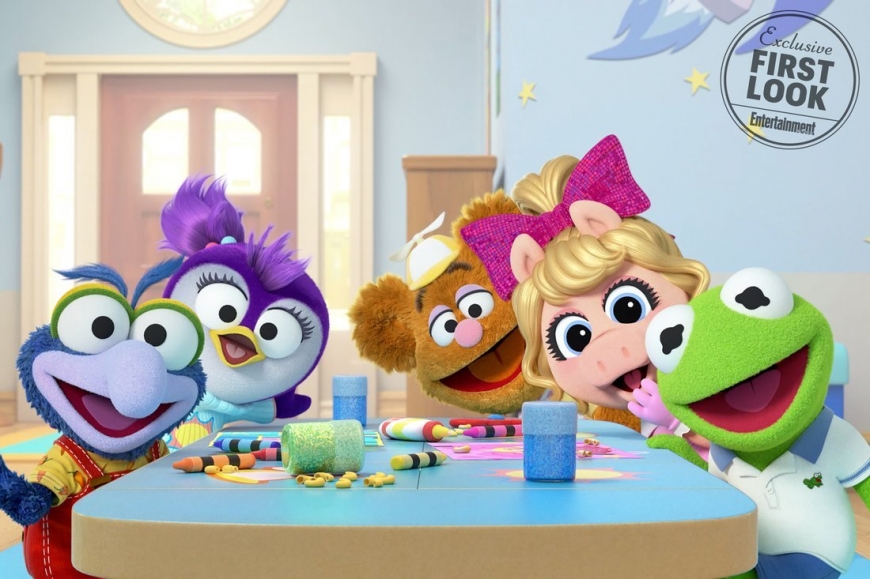 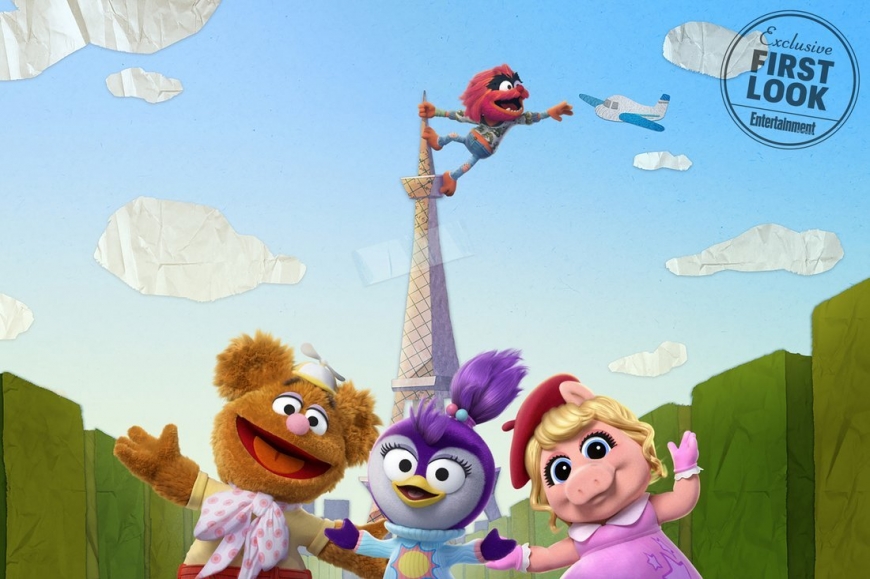 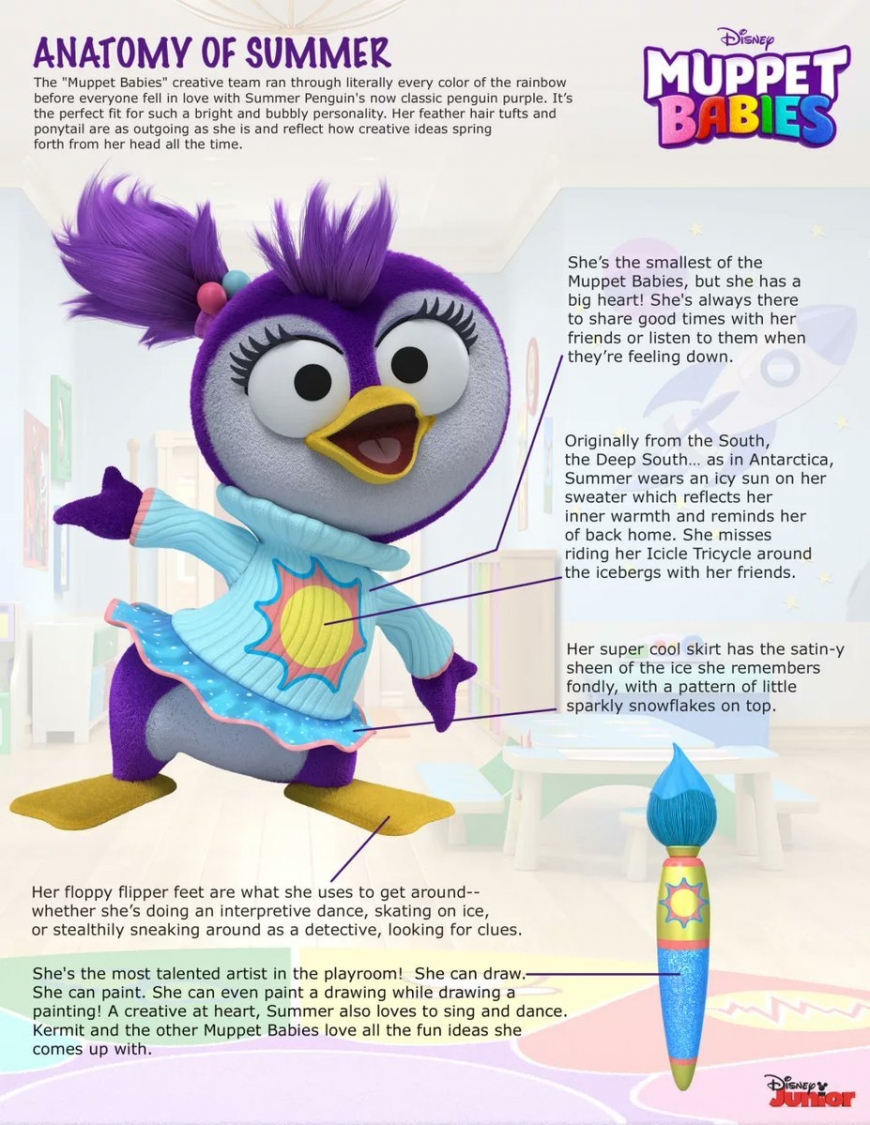 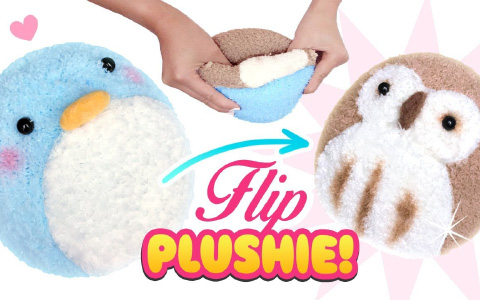 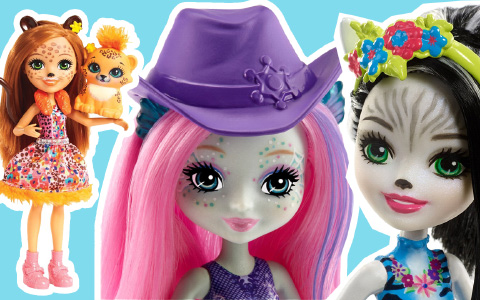